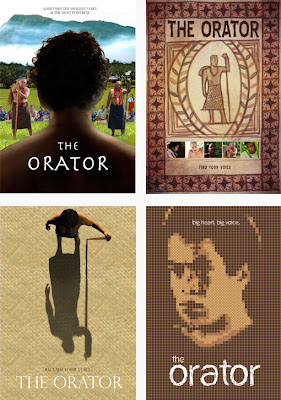 The Orator #1: I've been working on a movie poster for the first commercial feature film made in Samoa, called The Orator - O le Tulafale. So, a fantastic project, which I was really excited to work on. The movie will be out in October in New Zealand, so I thought I'd show off a few of the concepts I started with when I first took on the job in Febuary 2011.

I roughed these up in PhotoShop and InDesign after sketching some ideas down. It was a tricky proposal, juggling the commercial requirements with the cultural, and in addition (as specified by the clients) keeping the main character largely anonymus.
They chose the bottom left concept to work with. 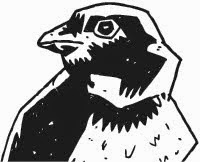